Best Financial Advice I Have for Married Couples

It's comments like my Uncle's the other day that really make me feel like I've spent too much money on personal finance literature, because its often the most simple advice that works best.


"When you get married, bank a paycheck." 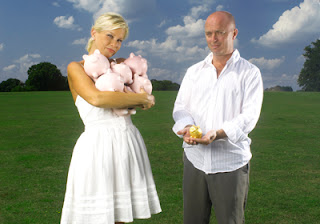 These 6 and a half words are really an excellent foundation for any couple to build upon.  I mean think about it... or better yet, let's use an example.

Couple 1: Personal financial book junkies.  Both know they need to increase their savings rate to succeed, both begin by getting employer match, Roth IRA contributions, blah blah you know how that goes.

Couple 2: "Bank a paycheck" squad.  By finding a way to live off only one income, and saving the rest, they've managed to "bank" 46% of their gross income.

There's no doubt that surviving on 3500 pretax income/month is a tough squeeze.  For many people, it is unimaginable, but I think Dave Ramsey said it best (on every single page of The Total Money Makeover

My Uncle is a cool cat.  After a stint in the Army, he's bought and sold over 15 restaurants and currently owns his own transportation company.  He's been very unlucky in the romance department, having been divorced once and in and out of many long-term relationships.  He is a very wise, common-sensical character and I believe that when he wishes he and his first wife "banked a paycheck" from an early age and recommends I do the same, I know he's speaking from the heart.

Of course not every couple can do this.  DIINKs or "duel income-no kids" couples can pull this off quite easily, but what if you have one parent at home looking after the kids?  This is very common, and my wife and I will be adopting this lifestyle soon, so folks in this situation will need to keep a tight lid on expenses and find a way to save a percentage of the working spouse's paycheck.

But for dual income households, give it a shot.  If you are young enough and can manage to make living this way a habit, there is no question you will be able to "live like no one else," and really be positioned for an early financial independence day!