How a Drug Bust Got a Student Thinking About Money 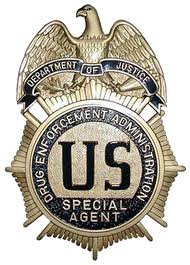 Saw a very interesting story on CNN this evening.

A college student was awarded $4.1 million dollars in a settlement relating to mistreatment by the DEA.  The student was arrested along with 9 others in a raid of a home on April 20th, otherwise known as "Four Twenty" by recreation marijuana smokers.
The DEA agents discovered:

Allegedly, the student was locked in a dark, windowless cell for 5 days and nights and was forced to drink his own urine to survive.  He shared a shocking story during the interview, literally trying everything he could to survive.  He was unsuccessful in his attempt to strike the ceiling sprinkler to get access to water, as well as getting the attention of anyone outside his cell by sliding his shoestrings beneath the door.

The interview did not share details of what would have led to the lapse of responsibility by the jail facility to care for their inmate, but it sounded to me like he was just forgotten about!

In a last ditch effort to survive, he consumed his own urine and carved a goodbye note to his mom in his arm with a piece of glass.  It turns out the urine actually saved his life, as he was immediately admitted to a hospital with severe kidney failure.  Doctors during the settlement deliberations confirmed the patient's tactic for survival and not long after, the prosecution won the large 7 figure settlement for their client.

The takeaway from all of this, however, came at the end of the interview.  The back and forth between the student and the news anchor regarding the $4.1 million settlement really reignited my suspicion that most people have NO IDEA what to do with a windfall.

Student: (5 second awkward pause) "I'm going to lock it up, protect it from myself."

CNN News Anchor: "So, does that mean you're going to save it?"

I suppose it wasn't the worst response he could have made.  I mean, after all, he was involved in a HUGE drug sting.  Maybe he was still stoned?  He could have said he's planning to toss hundred dollar bills out the top of a limo in Vegas?

This is great evidence of the lack of financial knowledge many people have.  Students in high school receive very little training on how to manage their money, and this student who is an ECONOMICS major, is "going for the retirement."

Well Mr. Student, good for you!  Now pick up a book about managing your finances.

Its interesting enough to note that this student was never formally charged with any crimes.  I guess the DEA felt guilty enough to let him off the hook in addition to giving him $4.1 million dollars.

To be honest?  I don't think he'll have a dollar left of it by his 40th birthday.